Blackdown Mill is a unique property in a picturesque location,
the property is believed to date back to 1086, once owned by
the monks of Coombe Abbey. The mill operated until the mid
1920s. The mill is a mixture of 18th and 19th century buildings.
The older part is a three-storey brick structure with a large
wooden extension housing the waterwheel. The appearance of
this building has been considerably altered this century, along
with being converted into a residential dwelling. The waterwheel
is in place, but most of the machinery has been removed. In the
yard behind the mill are traces of a steam engine which was
installed in the mid 19th century. In recent years the property has
fallen into disrepair following what we understand to be flooding
on the ground floor in 2013, the property appears not to have
been inhabited since this date, hence now in need of a scheme
of refurbishment.
The Mill has many original features throughout and has stunning
views over the lake and down to the river. A summary of the
accommodation as it was is as follows: A large breakfast kitchen
with central island, dining room, library, drawing room, sitting
room, study, master suite (with en-suite bathroom), five further
bedrooms with three bathrooms.

Situation
Blackdown has a handful of houses an area betwixt Leamington
Spa and Kenilworth. Amenities, shopping and leisure facilities
can be found at Warwick, Leamington Spa, Kenilworth
and Stratford-upon-Avon, which is the home of the Royal
Shakespeare Theatre and forms the region's cultural centre. The
property is ideally located for the commuter with Coventry and
Warwick Parkway Stations located approximately five and four
miles away respectively. Journey times to London Euston and
London Marylebone are 59 minutes and 90 minutes respectively
and the M40 (J15) 7 miles away, providing access to Birmingham
to the north and London to the south. The area boasts a wide
range of state, grammar and private schools to suit most
requirements including Warwick prep school, Warwick boys
and Kings High School for girls. Racecourses can be found
at Warwick and Stratford-upon-Avon, whilst Cheltenham,
the home of National Hunt racing is about an hour away.

TELL SOMEONE YOU KNOW 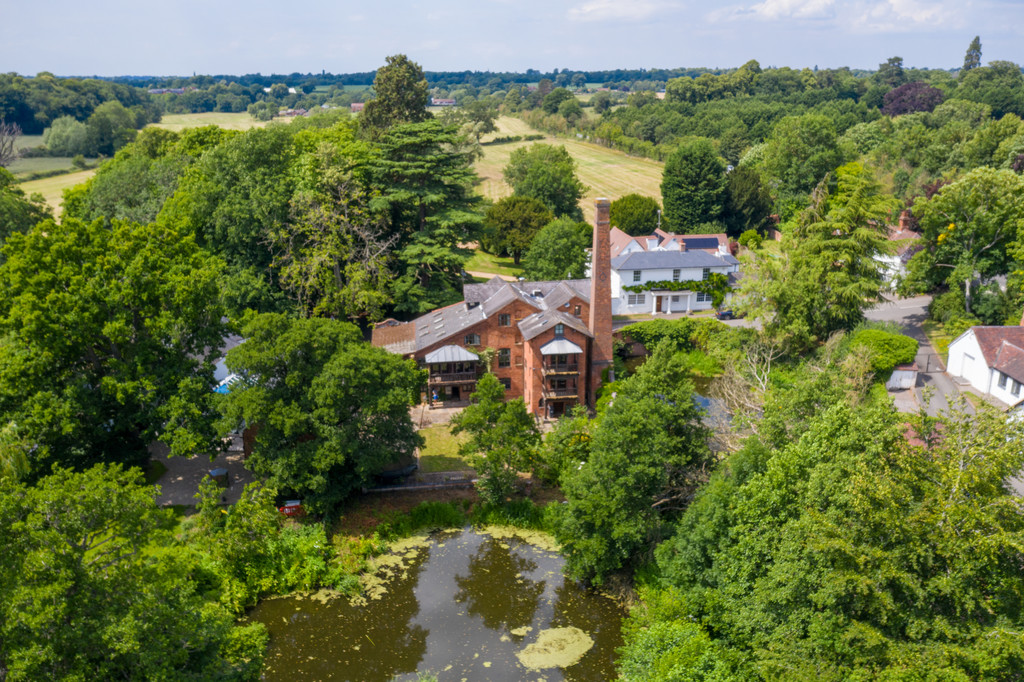